Tilly Lockey lost both her hands, when she was 15 months old due to complications from infection. When she was two, she got prostheses, and since 2019 she has had bionic arms from Open Bionics using the newest and most advanced tech, so she can move her fingers and use her hands almost as if they were her own.

“These are so modern compared to what I had before, and now people I meet feel excited about it instead of feeling sorry for me,” she said recently at a digital conference and explained that many people call her a “cyborg”, which is totally okay for her. “Actually it feels pretty cool.”

Tilly Lockey, now 15 years old, is a popular influencer, and she talked ´at the Brainstorm Festival about Human Enhancement.

I participated in the very same festival to discuss the pros and cons of human enhancement when it comes to ethics. And in preparation for that, I dived into one of the most comprehensive report on the topic from the Sienna Project. In 2020, Sienna made an “Ethical Analysis of Human Enhancement Technologies”.

There are six categories of human enhancement technologies.

Among the advocates of human enhancements, the arguments are: It is here to stay. Humans have always enhanced themselves. Human nature is changeable. And human enhancement is acceptable, as long as free will and the biological brain remain intact. 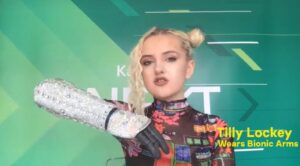 In Tilly Lockey’s case it is surely treatment, but what if the same was done to improve human performance in healthy individuals?  Screenshots from the Brainstorm Festival.

But the ethical issues are piling up. How do we distinguish between treatment and enhancement? In Tilly Lockey’s case it is surely treatment, but what if the same was done to improve human performance in healthy individuals? This gives rise to the discussion of what is normal and natural, and what is artificial and unnatural? And we need to have a thorough discussion on what is a human being. The latter is going to be a big question in the future, as cognitive enhancement and brain implants to improve e.g. intelligence gain traction. Do we need to redefine human nature?

There are also ethical questions regarding ownership of the expensive human enhancement technologies (HET), and who has access to them and who does not? What if you regret a treatment, and it is irreversible? Do you have a right to say no and stay imperfect? And how many will feel solidarity for those, who cannot afford HET?

Security, privacy and dual use are huge issues as well. RFID (Radio-frequency identification) micro–chips, for example, can be installed under a person’s skin, often on their hand, to be used for authentication and to unlock a door or turn on the lights. But RFID chips also have been proven to be susceptible to computer viruses that can spread to other connected technologies that interface with the keys, which shows the technology is also at risk of malicious misuse.

The SIENNA report points to a possible future scenario:

“Imagine a society in which expensive enhancements are available to the public to lease like the automobile market operates in the US today. If an individual falls behind on payments, the leasing agency could attempt to remove the enhancement from the user.”

In the US, we have seen leased cars being deactivated, if individuals fall behind on payments.

The right to privacy, autonomy, and self-determination is also of utmost importance in the ethics discussions, and so is black box problems (lack of transparency): “If an individual implants an AI-controlled directly into their brain such that it regularly ‘overrides’ ’ biological signals, questions of control arise,” the report states.

And finally, the report asks, if we risk that employers coerce workers to utilize cognitive enhancement as a requirement to keep their job?

When we talk about longevity, there are are multiple ethical questions. Overpopulation, burdens on the environment, and burdens upon young(er) generations, for example.

Diminishing autonomy is also a present risk. Life extension technologies may reinforce the autonomy of individuals in several ways, according to the SIENNA report:

On the other hand:

Get the full SIENNA report here